The Wilshire Grand is an iconic addition to the visual character of the Downtown Los Angeles skyline. The hotel/office tower is configured to maximize views of Santa Monica, the Pacific Ocean, and LA’s acclaimed sunsets to the southwest and the Hollywood Hills and the San Gabriel Mountains to the north, which are particularly breathtaking during the clear winter months. The vistas from hotel rooms and office spaces are spectacular both day and night with floor-to-ceiling glass filling the spaces with natural light. 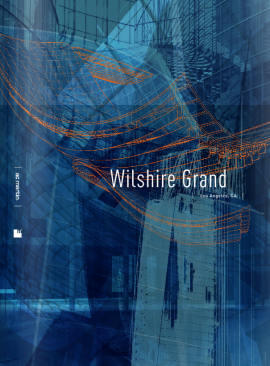